What is Iron Bacteria? 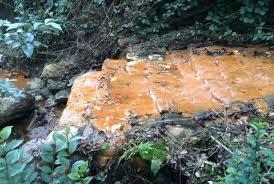 This is normally a naturally occurring phenomenon resulting from iron bacteria growth. It is generally associated with acidic soils, or can be enhanced by iron in surface runoff. This condition may be especially evident after heavy rains, when iron leaches from the soil.

These harmless bacteria "bloom" when oxygen, water and iron combine. The bacteria are typically rust-colored and appear oily. They form masses composed mainly of the iron oxide-accumulating bacterium Leptothrix.

A byproduct is a bacterial film which will break up if disturbed. If the substance is an oil spill, it will flow back into place after being disturbed.